Koji production is the process of making koji.

First, the steamed rice is spread over a board to which the koji starter is added. Then the rice is kneaded and wrapped in cloth to keep it warm. The rice sits for 18 hours or so before it is divided and piled onto wooden trays and mixed by hand several times so that the koji grows evenly. 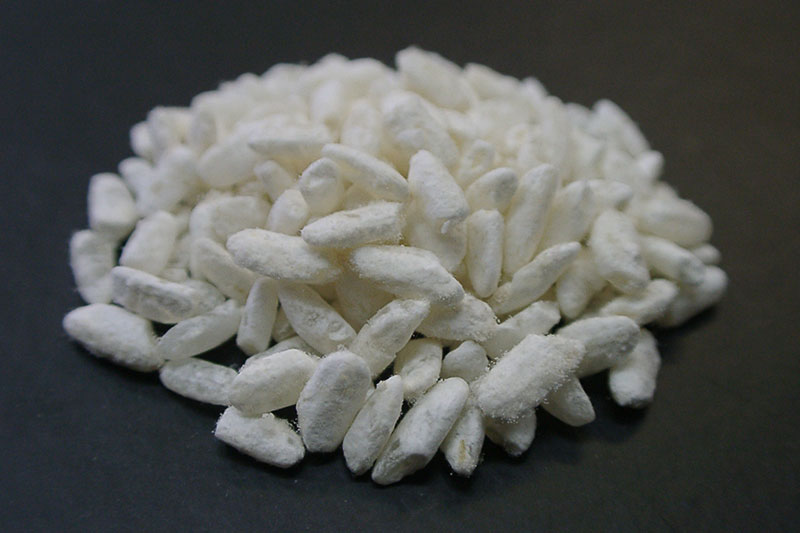