Proof that shochu has been enjoyed in the Hitoyoshi/Kuma regions for a long time can be found in the Koriyama Hachiman Shrine located in the adjacent city of Isa in North Kagoshima.

The proof is a single wooden tag that was discovered in 1954. When the shrine was repaired in 1559, the carpenter graffitied the words 'the owner of the shrine is a cheapskate and did not once offer us a cup of shochu' on the tag.

At the time, the Sagara clan which ruled over the Kuma region was at its most powerful with its territory stretching to include the present day Isa City and surrounds.

The Sagara Clan also actively engaged in trade with South East Asia, and so it is thought that the distilling techniques were introduced directly into this region. At the time, the Sagara Clan already had shochu, and shochu was already being enjoyed by the working class far and wide. This fact gives testimony to the long history of Kuma Shochu.

In the present, imo-jochu is also a popular form of shochu, but sweet potatoes (the key ingredient of imo-jochu) were not introduced into Okinawa until 50 years and not introduced into Kagoshima until 150 years after the graffitied tag from Koriyama Hachiman Shrine was dated, so it is safe to say that Kuma Shochu made from rice is Japan's oldest shochu. 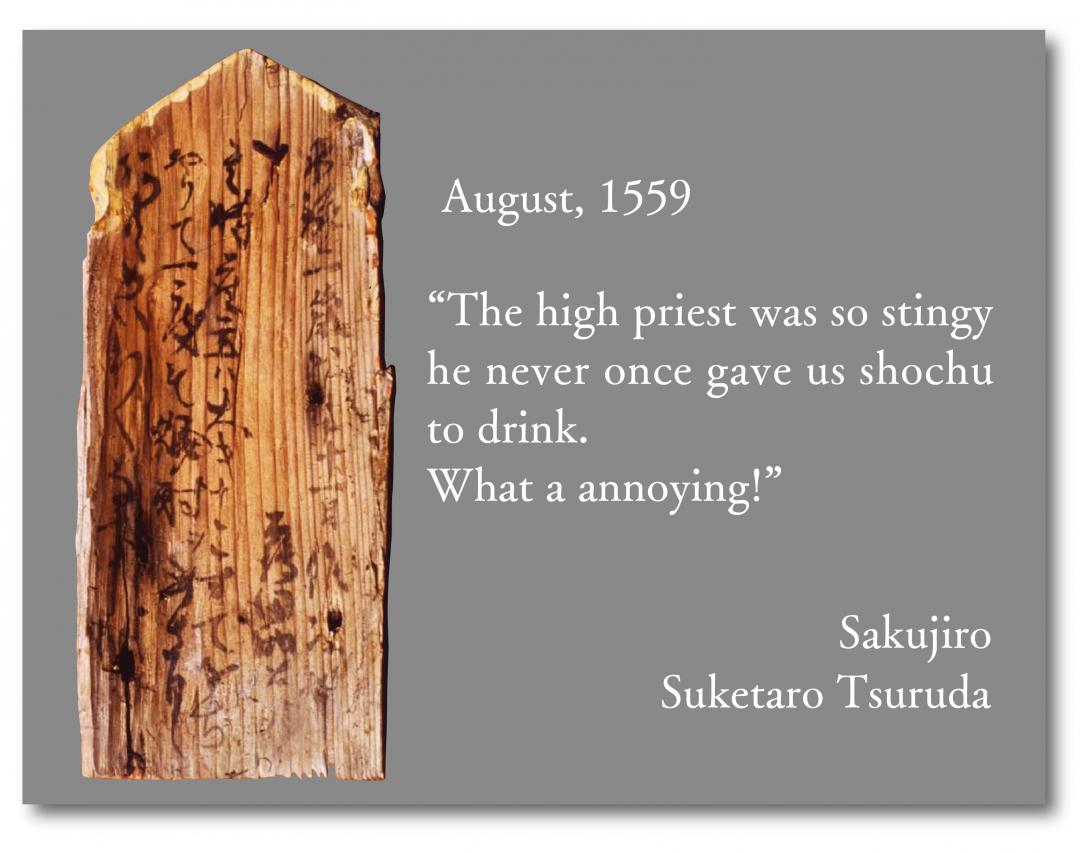