2. How shochu came to Japan

How was shochu introduced into Japan?

One of the dominant theories is that a type of distilled spirit known as 'lao rong' produced in Thailand in the 15th century was brought into Japan via the Ryukyu Islands (Okinawa) which used to have active contact with Thailand.

It is also theorized that shochu has its roots in the Middle Eastern alcohol 'arak'. 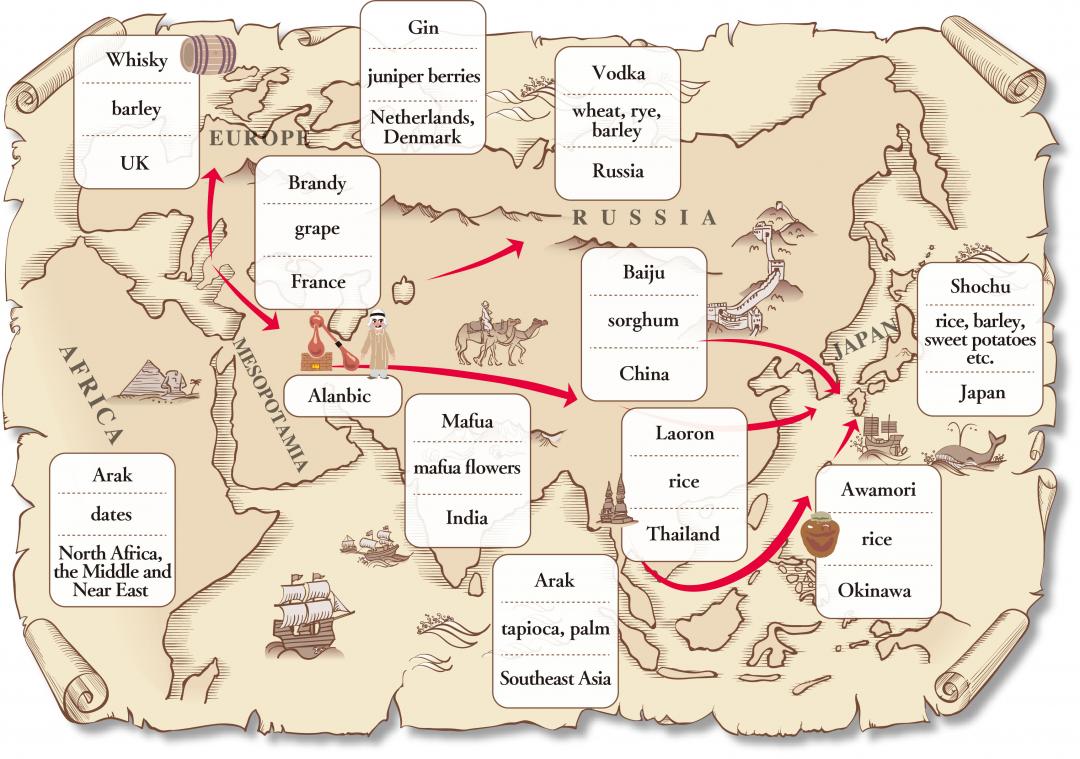