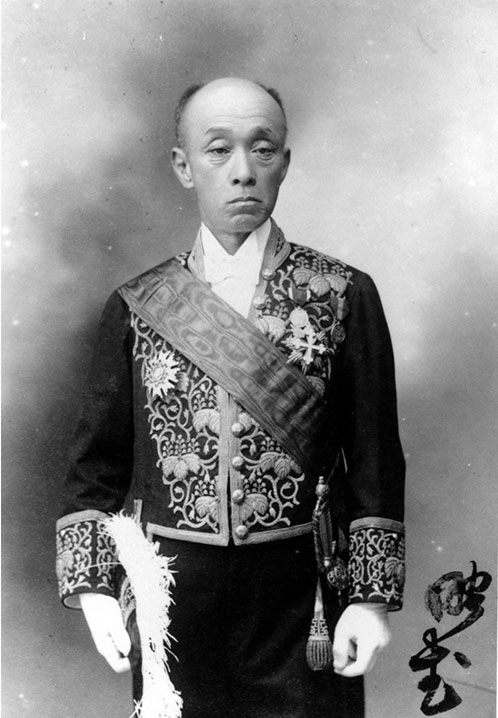 Akitake Tokugawa was a younger brother of Yoshinobu Tokugawa. He was the eighteenth son of Nariaki Tokugawa, the ninth lord of the Mito clan. He lived his life together with Yoshinobu. When Akitake was 13-year-old, Yoshinobu adopted him to the Shimizu family, a member of Tokugawa shogunate clan, and, as prospective future shogun, he was sent to the 1867 Paris Exposition as the shogunate's representative. The purpose of sending him to Paris was to overcome the predicaments facing the shogunate through cooperation with France. Akitake also visited Belgium, the Netherlands, Switzerland, Italy and the United Kingdom. He was the first person from Japan to carry out court diplomacy with kings and emperors from various countries. Later, he returned to Japan after the Meiji Restoration and become the last lord of the Mito clan. However, at that time, the era of the shogunate was already over. He served in the army during the Meiji period, and also used his expertise in foreign countries to carve out a unique position at court.

Akitake Tokugawa once again returned to Paris to study from 1876 to 1881 so as to widen his knowledge. He retired in 1883, and completed the Tojo-tei House in Matsudo the following year. After completing Tojo-tei in 1884, he began work on the garden, which was finished in 1891.

Akitake Tokugawa enjoyed hunting, fishing, making pottery, cycling and taking photographs with Yoshinobu and other relatives in Tojo-tei House. His philosophy of simplicity and his modest way of life remain in his building, garden, photographs, ceramics and other cultural assets.