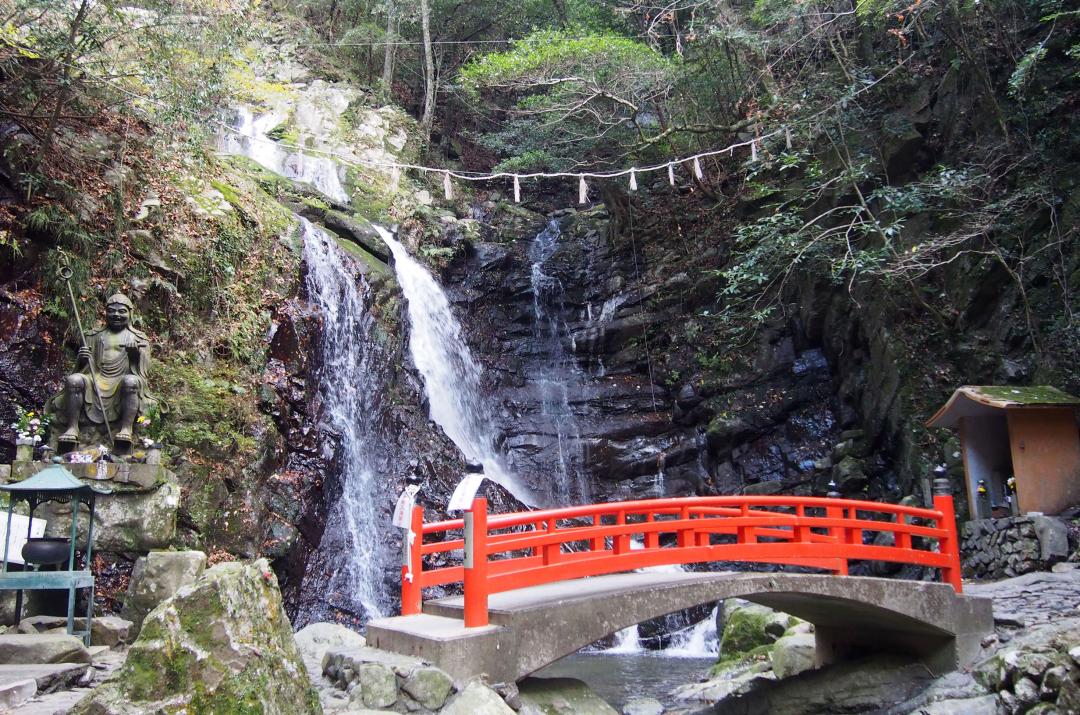 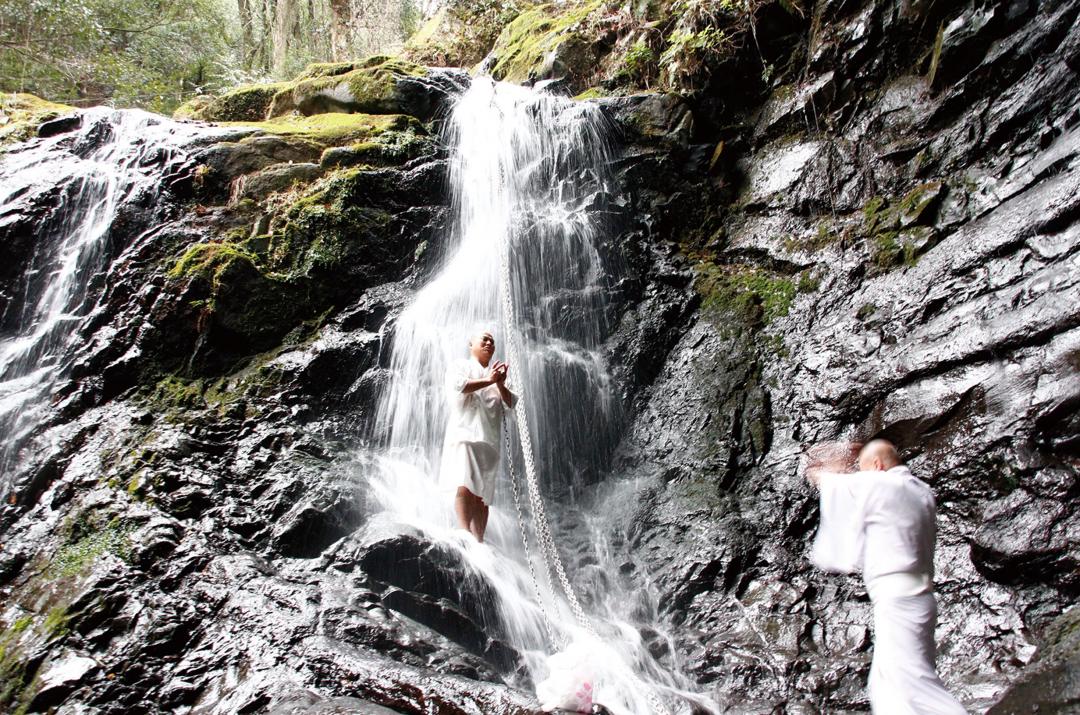 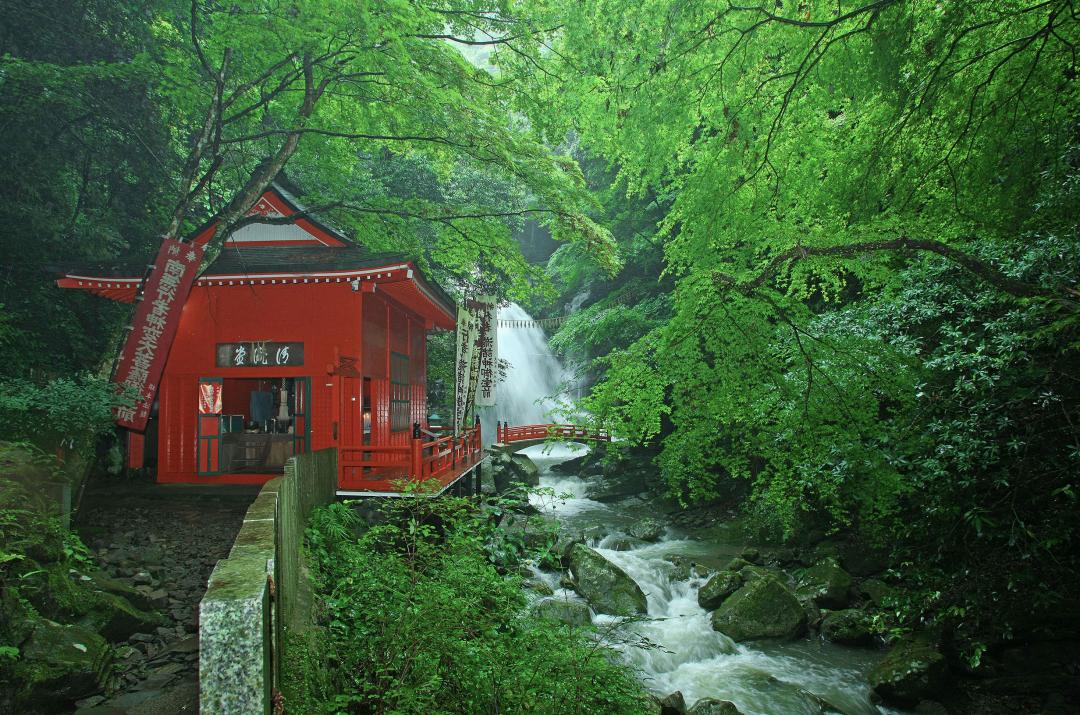 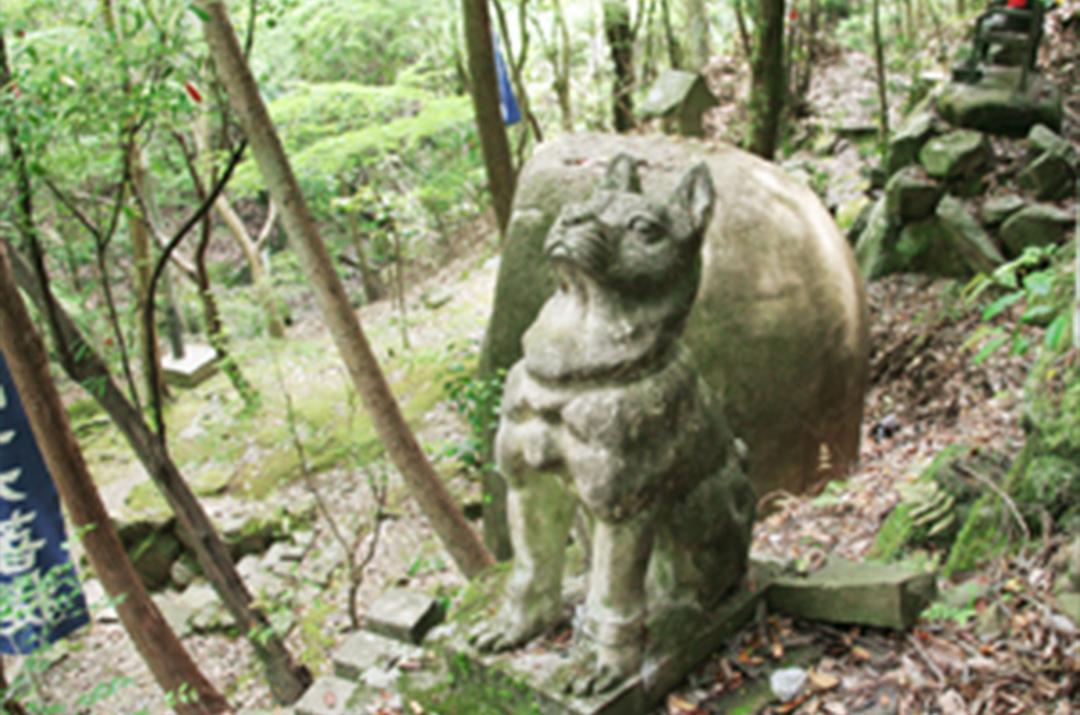 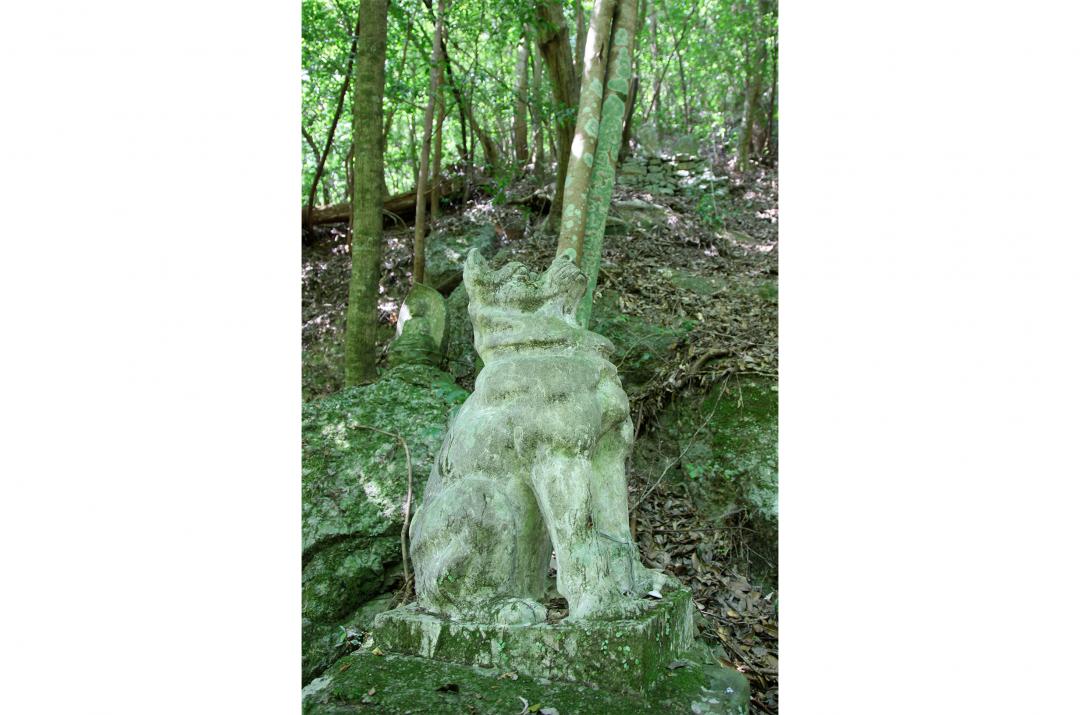 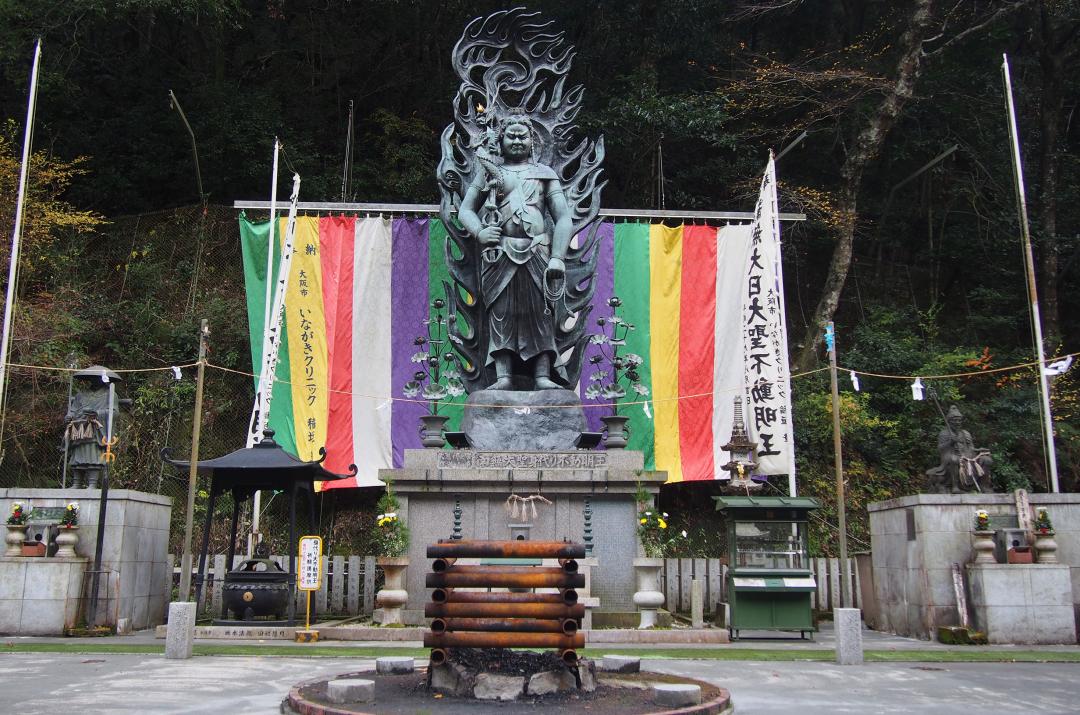 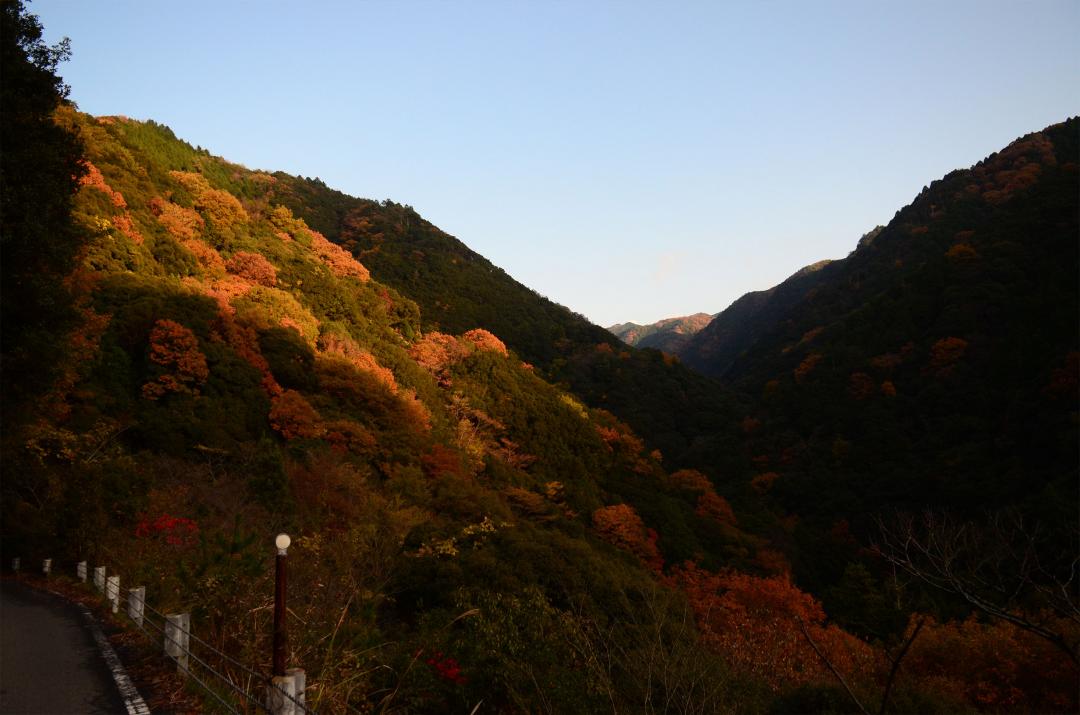 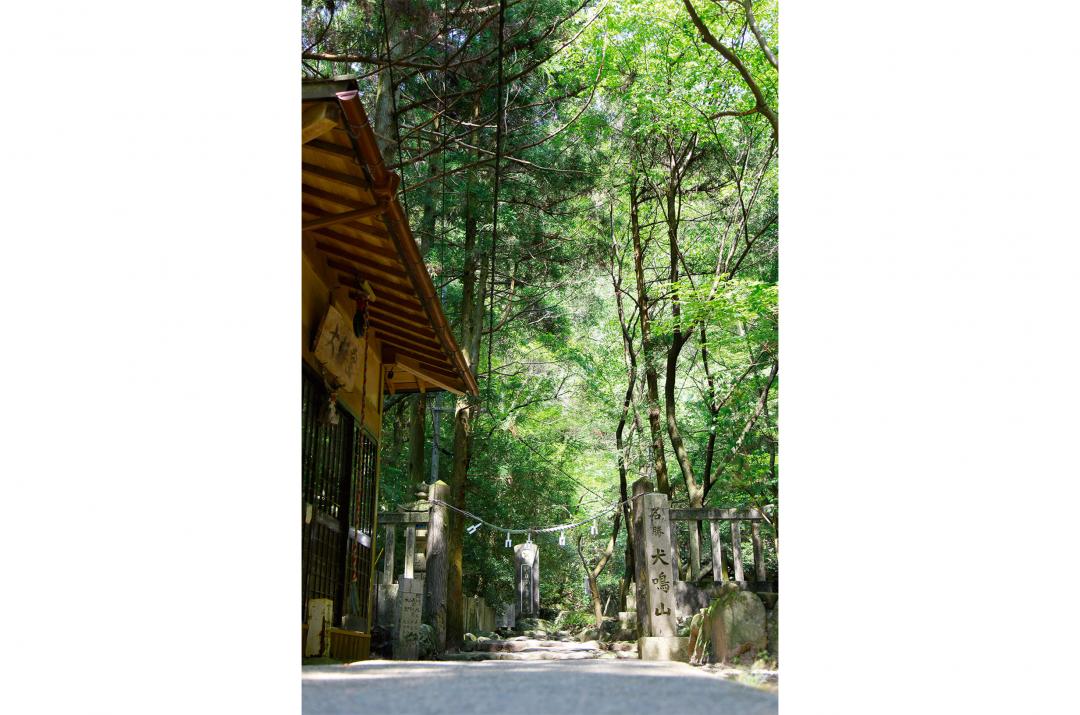 West of Izumisano in Osaka Prefecture, Mt. Inunaki is the general name given to the area of peaks and ravines centered around Okuyama Fudoya with its huge trees. It is home to the Inunaki-san Shipporyuji temple, the oldest Shugendo (mountain asceticism) head training hall in Japan, which was founded about 1300 years ago by En-no-Gyoja, the famous ascetic and mystic who founded Shugendo. Mt. Inunaki is also known for its hot spring town, and is one of the component cultural sites of the “Landscapes of the Hinenosho Estate: Town of the Tabihikitsuke Travelogue and Two Old Maps” Japan Heritage site, created in May 2019. Within Mt. Inunaki are a number of important training halls, waterfalls, rocks, halls, and wayside shrines, collectively known as the “Twenty-Eight Stations of the Mountain.” Many people come here to experience mountain asceticism.

Mt. Inunaki itself is also known as Nyonin Omine, Women's Omine, and is famed as one of the few places where women are also able to practice Shugendo asceticism. The name “Inunaki” or “Dog's Bark” comes from a legend from the era of Emperor Uda (887-897). A hunter was about to be attacked by a great serpent, but his faithful dog barked noisily, throwing itself at the snake to protect its master.

The path to Inunaki-san Shipporyuji temple is lined with graves of famous and faithful dogs. At the hot spring town along the mountain stream in the foothills, visitors can enjoy mountain cherries in the spring, fireflies and kajika frogs (so-named as their cry sounds like a male deer (shika)) in summer, red and yellow leaves in autumn, and dustings of snow in winter. Each season has its unique elements, and the town is filled with the laidback air of a rural village. Mt. Inunaki was designated as a Place of Scenic Beauty of Osaka Prefecture in 1939, and the landscape of its valleys was selected to be one of the Hundred Best Green Areas of Osaka.

The Legend of the Faithful Dog

In March 890, during the reign of Emperor Uda (889-898), a hunter from Kii took his dog into the hills, tracking a deer near what is now the Jabara (snake-belly) training site in Mt. Inunaki.

There was a great serpent lying in wait in a huge tree beside the hunter, about to attack him, but the hunter had not realized. Instead, he aimed his bow at the deer, and was about to loose an arrow when his faithful dog suddenly began barking noisily.

The deer, startled by the dog's barking, fled. The hunter, furious that his prey had escaped, slashed the neck of his still-barking dog with the hunting blade he carried at his waist. Yet even with its throat cut, the dog still launched itself at the huge snake, sinking its teeth into the monster's head. The snake died, along with the dog that had saved its master's life.

The hunter was stunned by the seriousness of the situation. He gathered up the body of his faithful companion, who had sacrificed its life to save him, and buried the remains with great respect. Then he broke his bow in two to form the sotoba, or memorial tablets for the grave, before becoming a monk at the Shipporyuji temple and saying prayers for the repose of his dog's spirit for year after year.

Hearing this story in later years, Emperor Uda praised the dog as steadfast and worthy of gratitude. He directed that Mt. Ichijo and Suzukinegadake Peak be renamed “Dog's Bark Mountain.”

Car：10 minutes from Kaminogo Interchange on the Hanwa Expressway 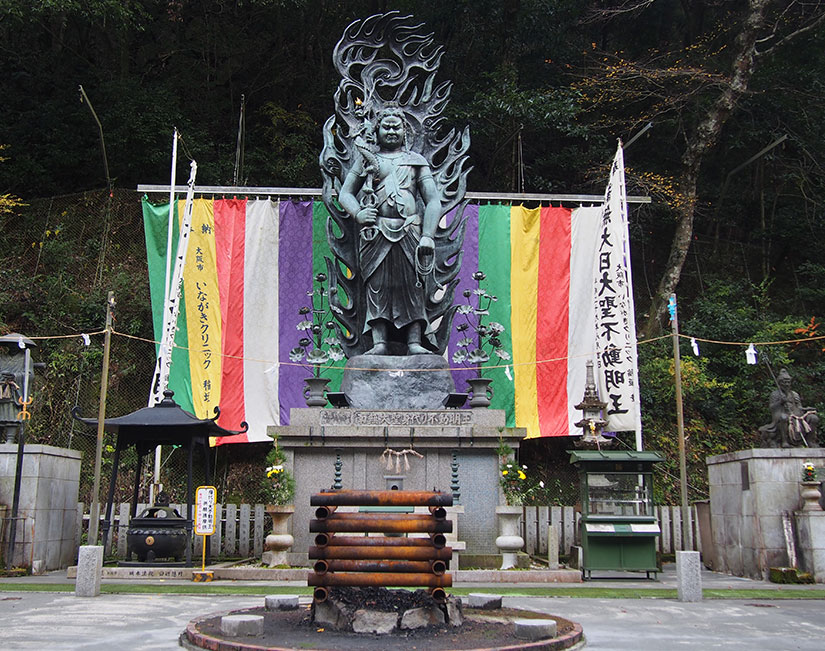 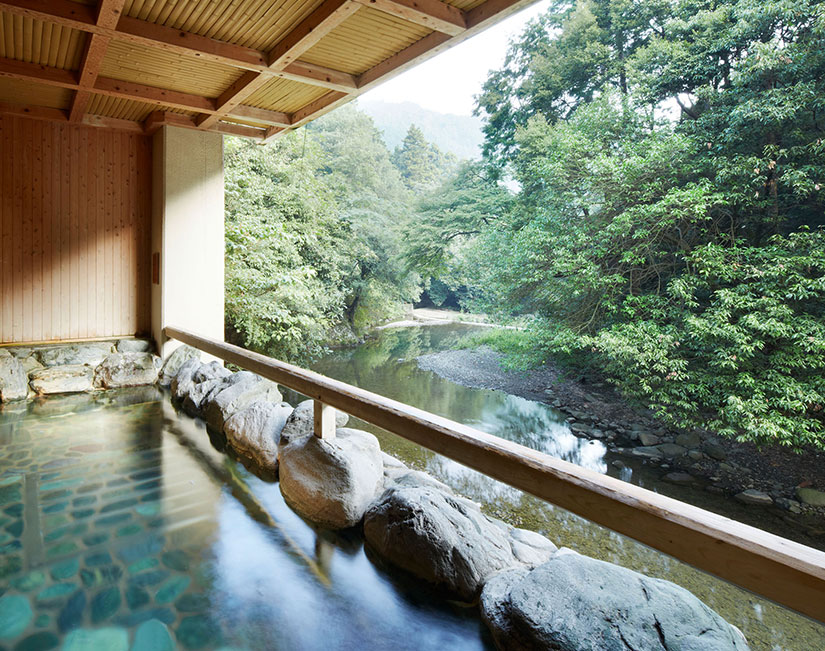 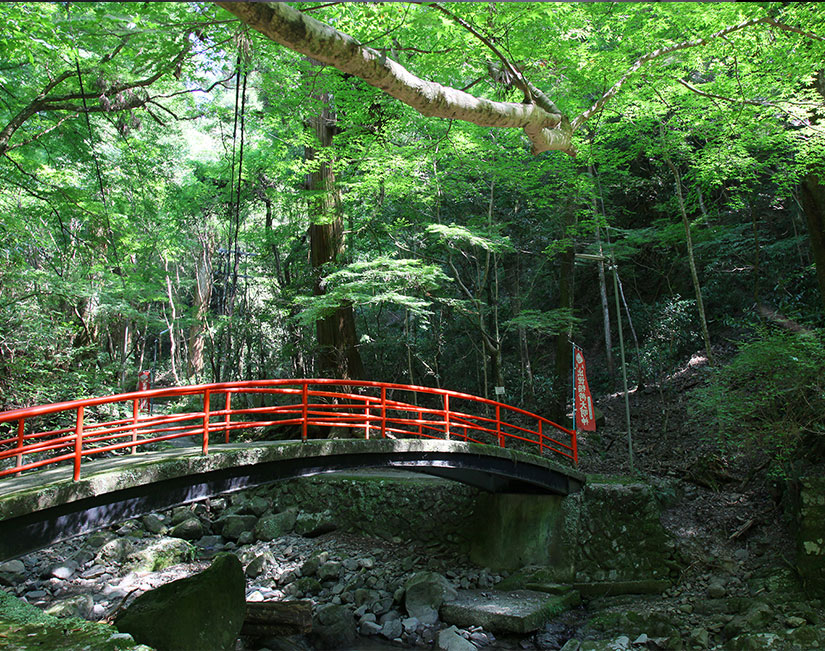 About the Izumisano Travel Guide 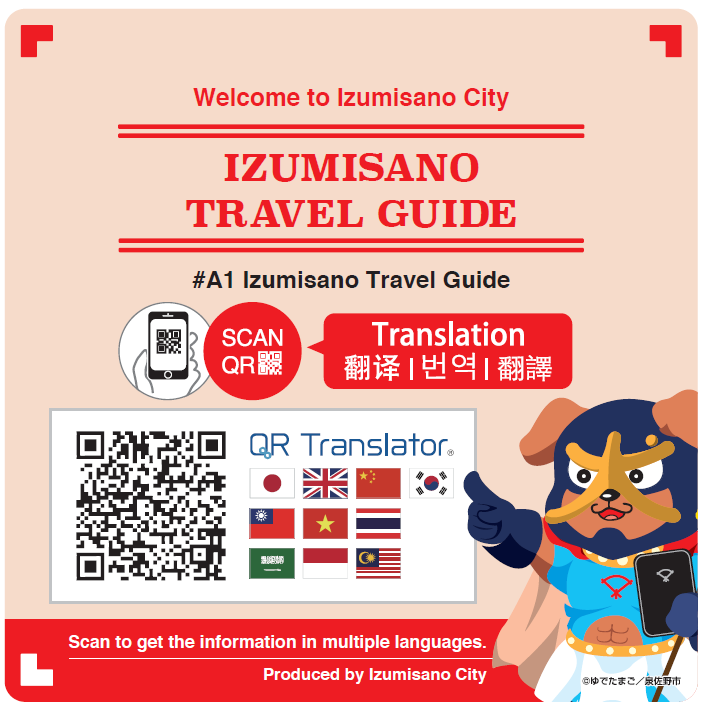 You will find the above QRT codes in various places around Izumisano City.

Please make sure to scan these QRT codes when you see them. These will provide you with useful travel information.