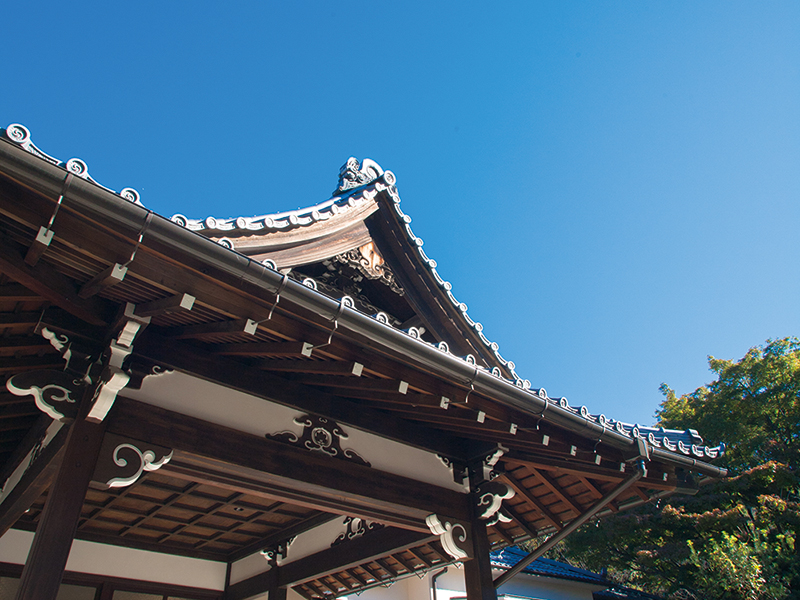 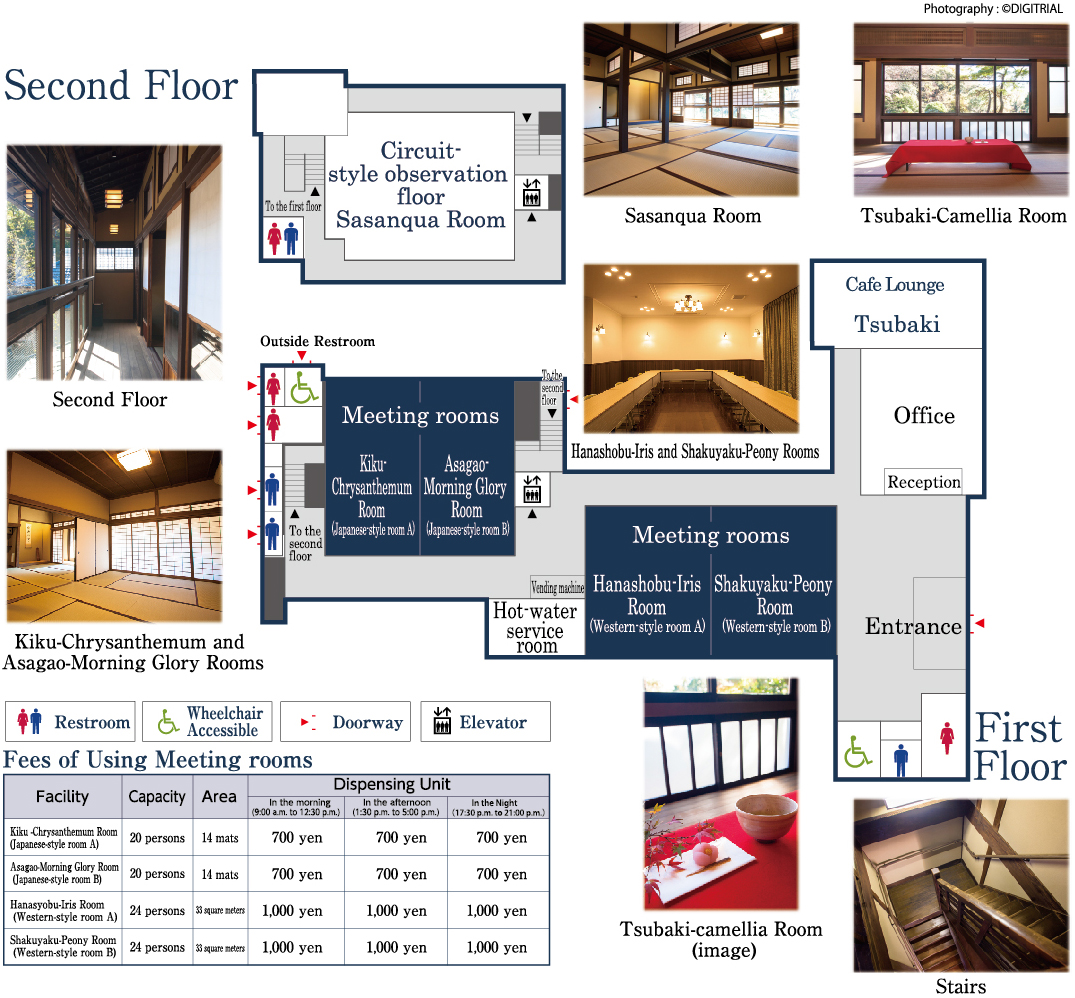 Six Flowers of Higo (Higo Rokka)
Each room is named after each of the six flowers of Higo. Higo Rokka is the following six flowers unique to Kumamoto that have been improved through breeding since the Edo period: Higo chrysanthemum, Higo camellia, Higo sasanqua, Higo iris, Higo morning glory, and Higo peony.

Shigekata, the eighth head of the Hosokawa family, began breeding flowers as one of samurai accomplishments. There is a preservation group called Karen for each flower type, whose breeding method has been handed down to the present as secrets of the group. In the Higo Meika Garden in the Take No Maru of Kumamoto Castle, visitors can enjoy these flowers in the corresponding season.
Moreover, visitors to Shin Edogawa Park can have a chance to see four of the six flowers: Higo camellia, Higo peony, Higo iris, and Higo sasanqua.

Ryubin Omote
The tatamimats of the alcoves (tokonoma) in Camellia, Chrysanthemum, and Sasanqua rooms are gold in color and larger than ordinary tatami mats. They are made of rush grown in Kumamoto and called Ryubin Omote.
For Ryubin Omote, thick, long, and high-quality rushes are selected, dried in the sunshine, soaked in water and dried again in the sunshine. This process of drying and soaking in water is repeated many times until they become golden. Ryubin Omote not only adds to the beauty of the alcove, but also prevents discoloration over time due to placing a vase. It is the embodiment of ingenious wisdom of predecessors.

Shouseikaku has undergone constant remodeling and expansion due to changes in the intended use.It is said that the unique driveway was not there at the time when Shouseikaku was first built, but was added later.Through the improvement work that started in 2014, Shouseikaku was renovated based on the past photos and drawings. According to the past drawings, the rooms of Camellia, Chrysanthemum, and Morning Glory and stairs next to them retain their original features. Since these are valuable features, improvement work was conducted while focusing on their original forms.Moreover, in an effort to use existing logs as much as possible, a traditional ageyamethod was used. In addition, since past photos showed that clapboarding was used, we used it for the exterior wall of the first floor. For lighting, we polished and reused the existing lampshadesin the Iris and Peony rooms. The warped glass, which is not produced any longer, is also reused. Please look for the glass and how it is used! 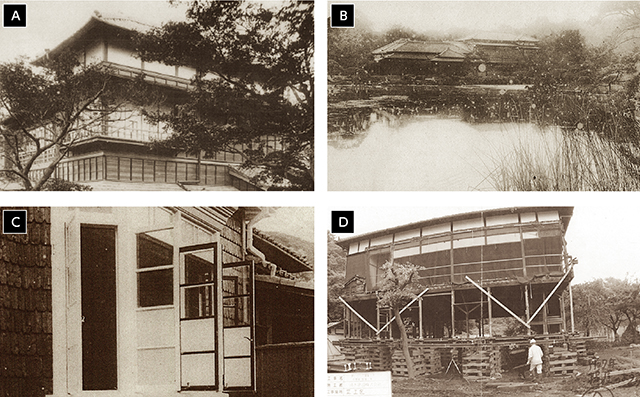 A to C: Shouseikaku around 1926 (Source: Eisei-Bunko Museum) D: Improvement work by the ageya method in 2014 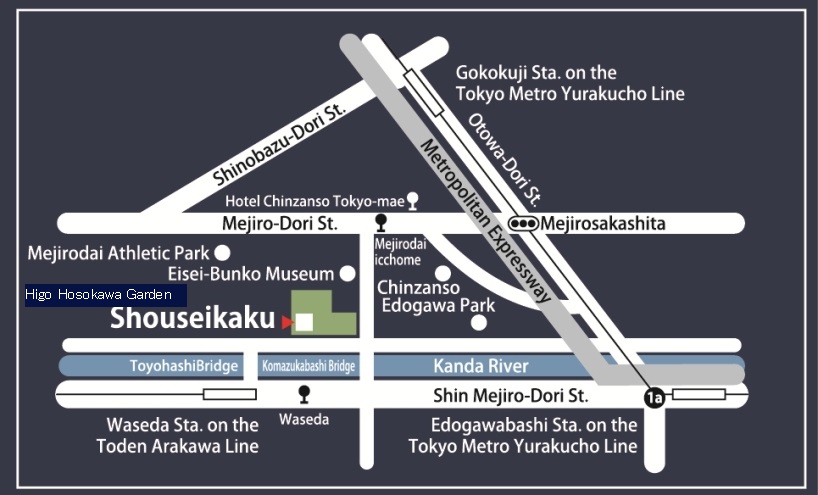