The area of Mejirodai and Sekiguchi up to the Sekiguchi Plateau to the north of the Kanda River features a difference in elevation of about 30 meters and steep hills that connect the top and the bottom of the plateau, such as Munatsuki-zaka and Yurei-zaka. This area is blessed with unique topographical characteristics, an abundance of water and greenery,and the remnants of history. Come and discover the history that unfolds before you.

Kanda River in the Edo period with the Bashoan on the right and rice fields of Waseda on the left. 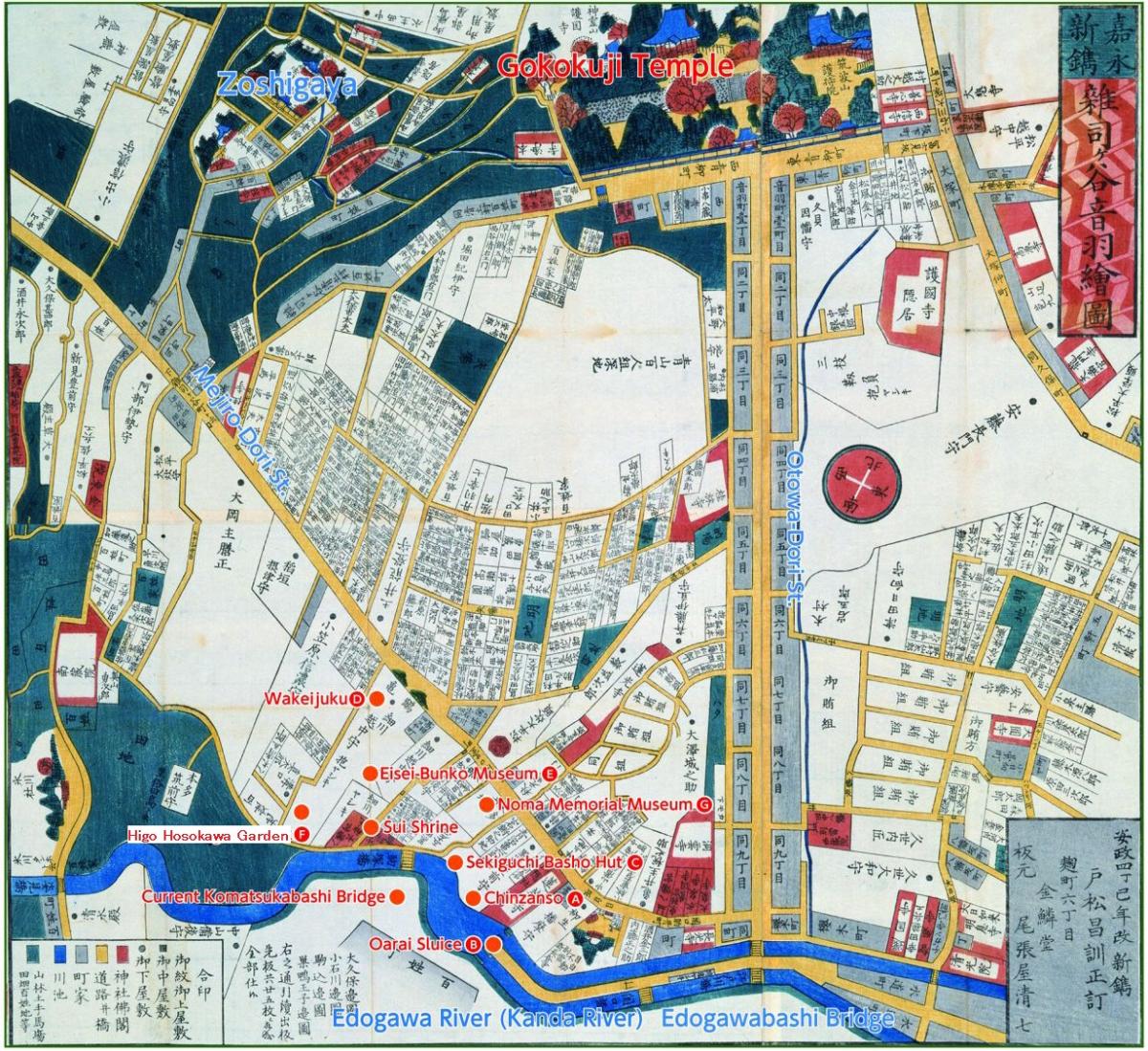 Taking a walk while thinking of days long past and appreciating seasonal flowers and trees will bring a leisurely passage of time to your busy life.

Tsubakiyama, once a scenic site
Since the period of the Nambokucho, this area has been known as a scenic site filled with wild camellias. In Meisyo Edo Hyakkei (One Hundred Famous Views of Edo), this area wasintroduced as Sekiguchi Josuibata Bashoan Tsubakiyama, land that overlooks Mt. Fuji in the distance and a vast expanse of grassland in Waseda beyond Kanda Waterworks in front. Yamagata Aritomo, a politician in the Meiji period, purchased the land where the current Hotel Chinzanso Tokyo (A in the map) is located, built a residence with a garden, and named it Chinzanso. At night in early summer, the garden is beautifully lit by lightning bugs. Haruki Murakami, who lived in Wakeijuku in his school days, wrote about the lightning bugs in his short story, Hotaru, which is said to be the prototype of Norwegian Wood.

Edogawa River, Oarai Sluice, and Sekiguchi Bashoan
The section of the Kanda River from Otakibashi Bridge to near Iidabashi Bridge used to be called the Edogawa River. At Sekiguchi, there was a sluice called Oarai Sluice (B in the map) that supplied water to Edo. It was an important source of water for Edo. In the Edogawa Park, part of the Oarai sluice is reproduced.

Matsuo Basyo, who engaged in the improvement work of the Kanda Waterworks, is said to have lived in a water guardhouse called Ryugean. This guardhouse later became to be called Sekiguchi Bashoan (C in the map). While it burned down during the war, it has been restored to its original state, creating a refined original view with a pond and a garden.

Villas and Residences of the Hosokawa Family
The entire site where Wakeijuku, Eisei-Bunko Museum, and Higo Hosokawa Garden are located used to be an estate of the Hosokawa family, a feudal lord of the domain of Higo Kumamoto. The main residence that Hosokawa Moritatsu built in the early Showa period remains today as Wakeijuku, a dormitory for university students in the midst of greenery (D in the map).

The housekeeping office of the Hosokawa family, which was also built in the early Showa period,later became the Eisei-Bunko Museum (E in the map). The museummanages, stores, researches, and displays for public viewing the works of art,including historical material related to the Hosokawa family and some important cultural properties. The stone gate brought from Kumamoto leads visitors into the garden (Museum and the pathway to the Garden Closed on Monday).
The Garden is currently used as Higo Hosokawa Garden(F in the map). Water gushing from the premises of Wakeijuku flow into the pond in the garden, reminding us that the premises were one site in the past. Shoseikaku, which is said to have been a place of study of the Hosokawa family, was improved repeatedly and used once as a house of the Hosokawa family. In 2016, after preservation and repair work, Shoseikaku reopened as a facility with a rest house and a meeting place.

Museum in the midst of Rich Greenery
In the early Showa period, Noma Seiji, the first president of Dainippon Yubenkai-Kodan-sha, built his house in Sekiguchi, a quiet residential area, where the successive presidents also lived. This site was later given for the establishment of the Noma Memorial Museum (G in the map). In the museum, works of art and cultural materials on publishing, which were collected from the Taisho period to the early Showa period, are displayed. In the museum wrapped in the warmth of trees, time passes in a leisurely manner.

～History through Pictures and Photos～

▲Mejiro Fudo Temple
Mejiro Fudo Temple, from which the name of the area derives, is depicted in a picture drawn in the Meiji period. There was a bell tower well known for telling the hour.
(Shinsen Tokyo Meisho Zue:Koishikawanobu) 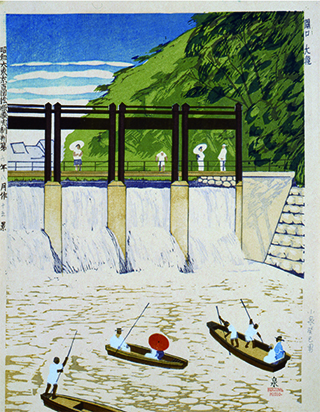 ▲Oarai Sluice in the early Showa period
This is a summer landscape painting by Kishio Koizumi. There are boats on the river and women with parasols on the bridge. This was an area where people enjoyed leisure time.
（Showa Dai Tokyo Hyaku Zue） 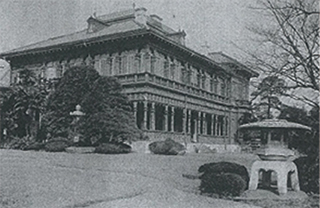 ▲Main Residence of the Hosokawa Family in the Meiji Period
The main residence was designed by Katayama Tokuma in 1893. 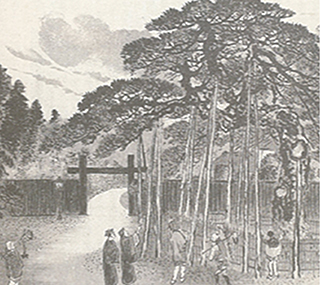 ▲ Crane and Turtle Pine Trees
Zoshigaya Otowa Ezu depicts two pine trees on Mejiro Street. They were in front of the Hosokawa residence, and the pine tree on the left side of the gate was called Tsuru-matsu (crane pine tree) while the other on the right side was called Kame-matsu (turtle pine tree). While both trees have died, they remain in the name of a town council (Takada Oimatsu Town Council). (Shinsen Tokyo Meisho Zue: Koishikawa)

～A quick side trip during your history walk～ 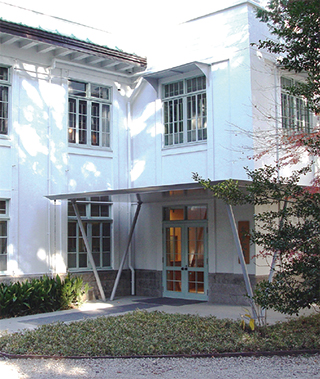 ▲ Eisei-Bunko Museum
This is an art museum wrapped in a rectitude atmosphere and deep greenery.

▲ Noma Memorial Museum
Visitors can enjoy not only works of art, but also beautiful seasonal flowers in the garden.

～People related to Mijirodai and Sekiguchi～ 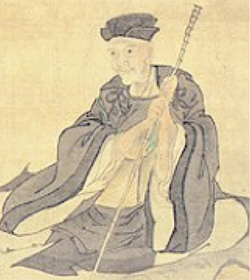 Sekiguchi Bashoan and Matsuo Basho (1644–1694)
Matuso Basho was born in Iga, Mie Prefecture, and was a poet well known for his travel writing, Oku no Hosomichi. Before he resided in Fukagawa, he lived in the Sekiguchi Bashoan where he supervised the improvement work of the Kanda waterworks.
(Collection of the Koto-ku Basho Memorial Museum) 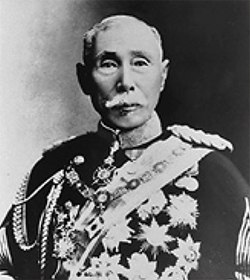 Chinzanso and Yamagata Aritomo (1838–1922)
While Yamagata Aritomo is well-known as a military officer and politician fromYamaguchi, he also created waka poems and loved gardens. The garden of Chinzanso is said to represent the terrain of Hagi, his hometown. He used to invite key political and industrial persons, including the Emperor Meiji, to Chinzanso to have important meetings. (Collection of National Diet Library) 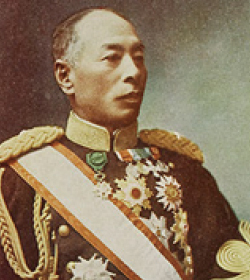 Shouen and Tanaka Mitsuaki (1843–1939)
Tanaka Mitsuaki was a military officer and politician who was born in Sakawa-cho, Takaoka-gun, Kochi. Shouen was built by Tanaka Mitsuaki, the Minister of the Imperial Household at the time, in 1897. Located next to Chinzanso, Shouen built on about 20,000 square metersof land is a valuable building with a big, spring-fed pond and a circuit-style garden. (Collection of National Diet Library) 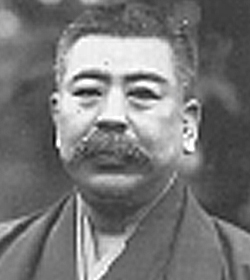 Noma Memorial Museum and Noma Seiji (1878–1938)
Noma Seiji was born in Kiryu, Gunma, and was the founder of Kodansha Ltd. He played a leading role in the publishing industry from the late Meiji period to the early Showa period and was called the "magazine king." He was active in social contribution activities, and this spirit has been passed down to the current company. In the Noma Memorial Museum, works of art he collected and valuable material on the history of publication culture are on display for public view. 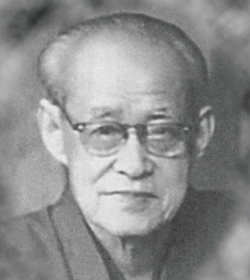 (Source: Eisei-Bunko Museum)
Wakeijuku , a student dormitory where domestic and abroad students are living in, was established by Maekawa Kisaku (1895-1986), the founder of Mayekawa MFG.


■Information
・Take a bus from JR Mejiro Station and get off at Mijirodai 3-chome or Hotel Chinzanso Tokyo-mae. Or take a subway on the Tokyo Metro Yurakucho Line and get off  at Edogawabashi Station(Y12). 15minutes on foot from Edogawabashi Station to Shin Edogawa Park.
・This is a quiet residential area. When taking a walk, please refrain from making loud, disturbing, or unnecessary noise.
・Since hills in this area are steep, we recommend that you wear comfortable shoes.
・We do not provide detailed information about each facility. Please use a provided picture map when taking a history walk.