From Water to Land – The Amphibian World -

Eons ago, some of the ancient species of fish crawled out of the water and evolved into amphibians. Then, they started breathing by lungs, not by gills, and their fins evolved into limbs, but this did not enable them to reproduce in a non-aquatic environment. Amphibian larvae still need to live in the water. At this exhibition, we can see how amphibians, including frogs, newts, and salamanders, are living both in aquatic and non-aquatic environments.


Creatures Living in the “From Water to Land” Tank 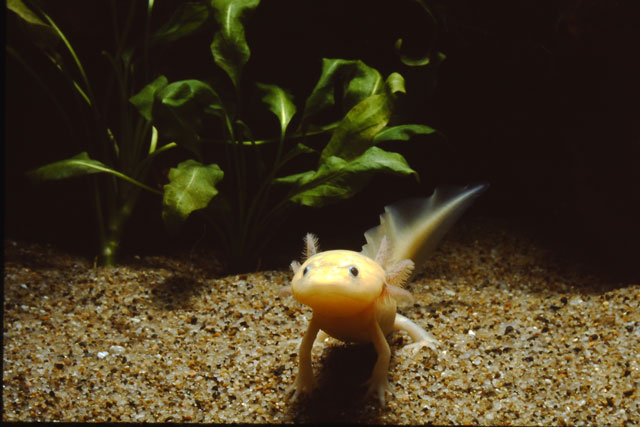 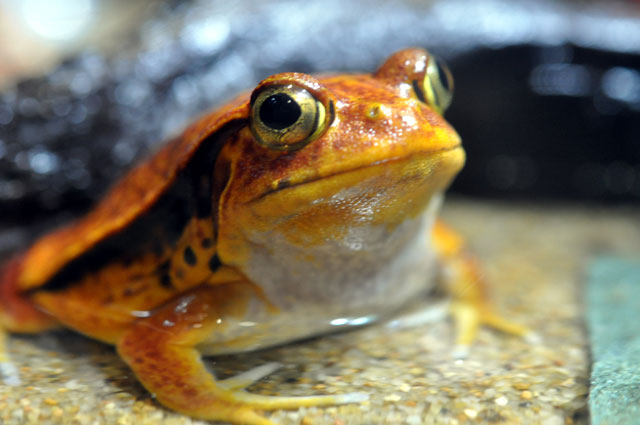 False tomato frogs are nocturnal frogs. When they are attacked by a predator, they will try to fool it by stretching their limbs and puffing themselves up with air to make their body too big to be eaten. 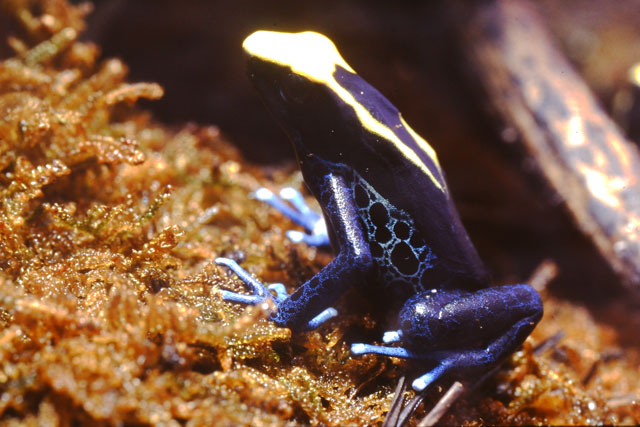 Many Dyeing poison frogs have an irregular pattern on their body.

Poison dart frogs are small frogs living in a rainforest in Latin America and often referred to as the “gems in rainforests” due to their brightly colored bodies. Their bodies are often red, yellow, and/or blue and stand out in the forests. Why are their bodies so vividly colored? Because poison dart frogs secrete toxins through their skins their colorful skin color is a warning to predators that “they have a poison”.

The indigenous people living there have used their venom when hunting, by applying it on the tips of their arrows. This is why they are called poison “dart” frog. Today, the medical research community has been exploring the possible applications of their venom in the field of medicine.