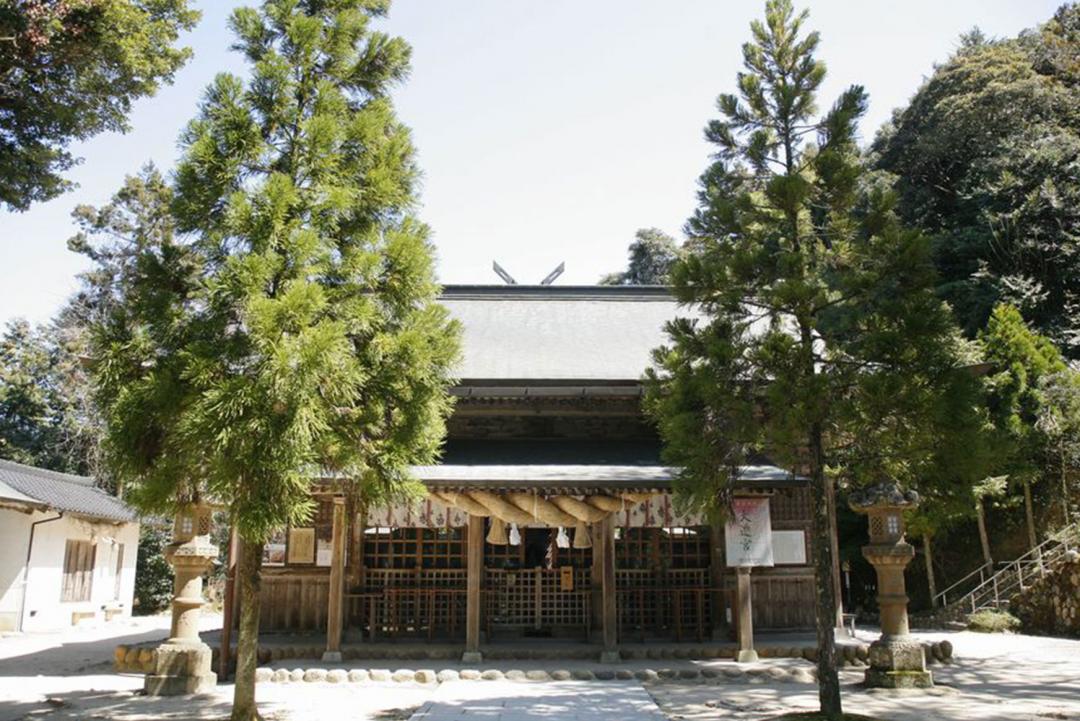 This shrine houses Kushiakarutama-no-Mikoto, the founding deity of beads creating, as well as gods like Onamochi-no-Mikoto, the deity of nation building, and Sukunahikona-no-Mikoto, the patron deity of hot springs. Archaeologists have learned from nearby sites that the beads creating was popular as long ago as the late Yayoi period, circa AD 300, and part of the shrine’s grounds have been registered by the government as the Izumo Tamatsukuri Historic Site. Beads and whetstones excavated from this site are kept in a storehouse on the shrine grounds. 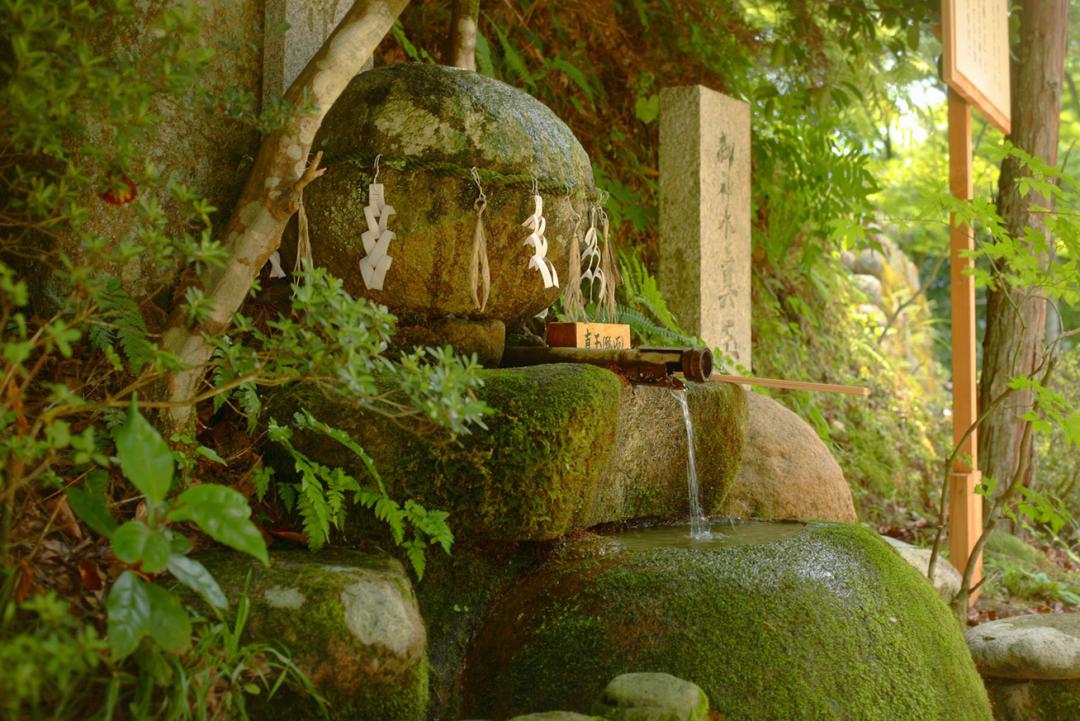 Beside the Main Hall is a stone which has been believed for centuries to contain a mysterious power. Known as the Negai-ishi, or Granting Stone, if you touch it with a kanai-ishi, or wishing stone, and pray, then carry the kanai-ishi with you as an amulet, your wish will come true. It is famed for its ability to bring success in love, so people come from all over the country to seek the Negai-ishi and get a kanai-ishi.

Kanai-ishi / How to create an amulet 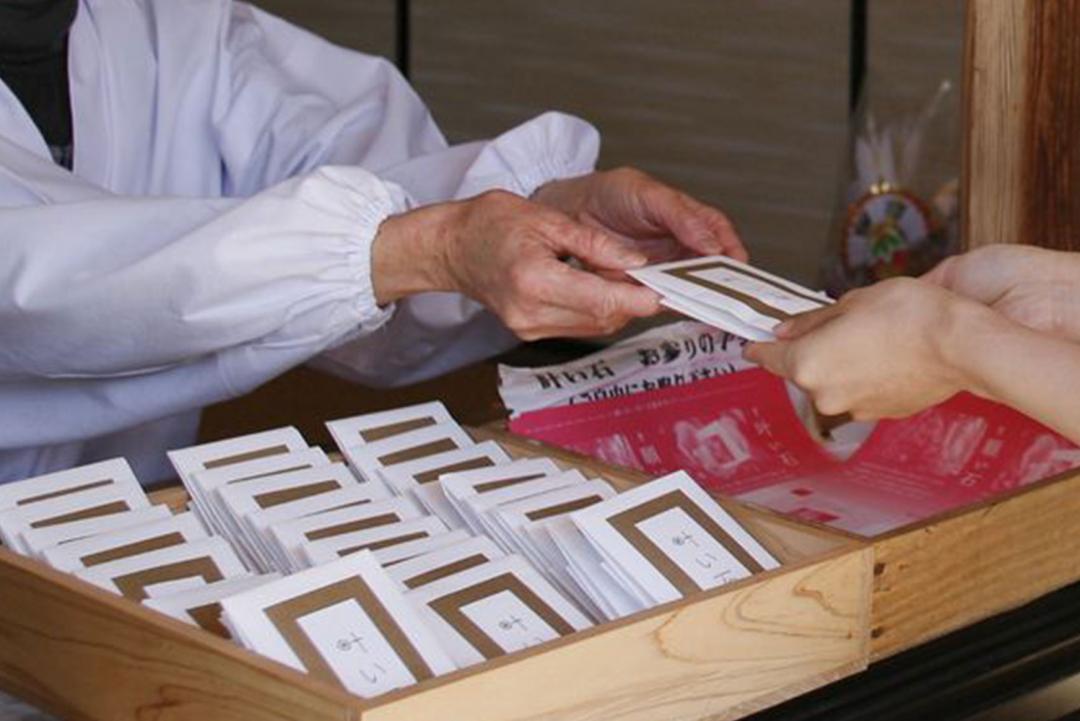 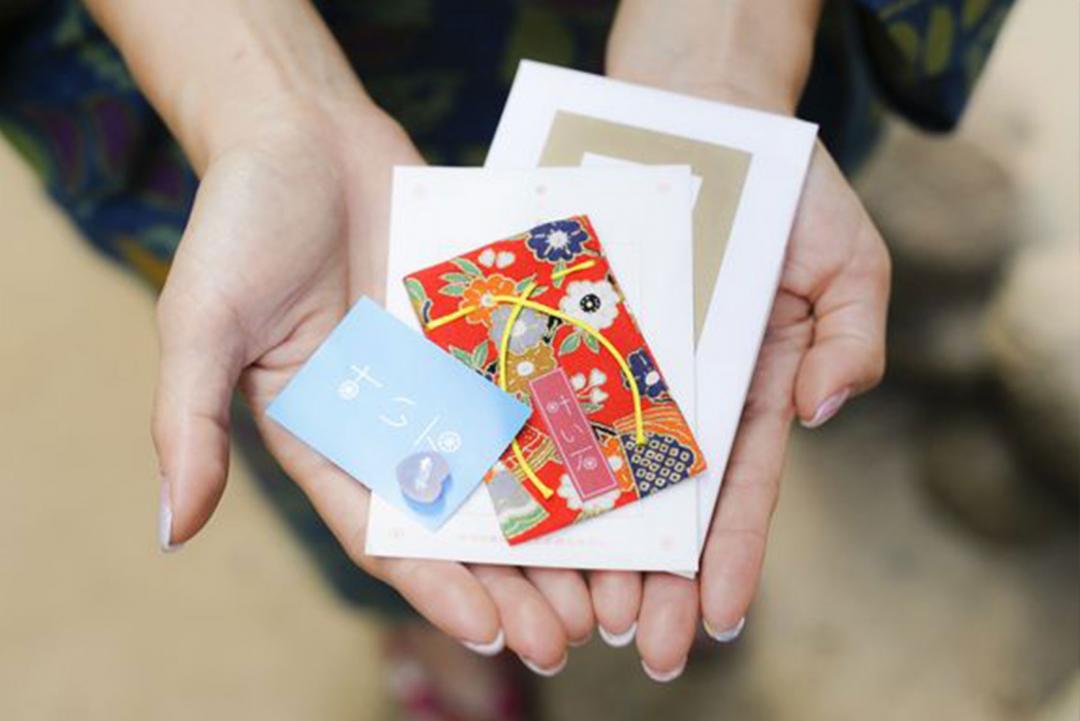 First, pass under the torii gateway and buy a wishing stone (600 yen) at the Shrine Office on your left. The envelope contains a kanai-ishi wishing stone, prayer sheets, and an amulet pouch, along with an explanation. Each wishing stone is of a different type, and the differently-patterned amulet pouches are cute. Perhaps the gods will help you select the perfect set for you! 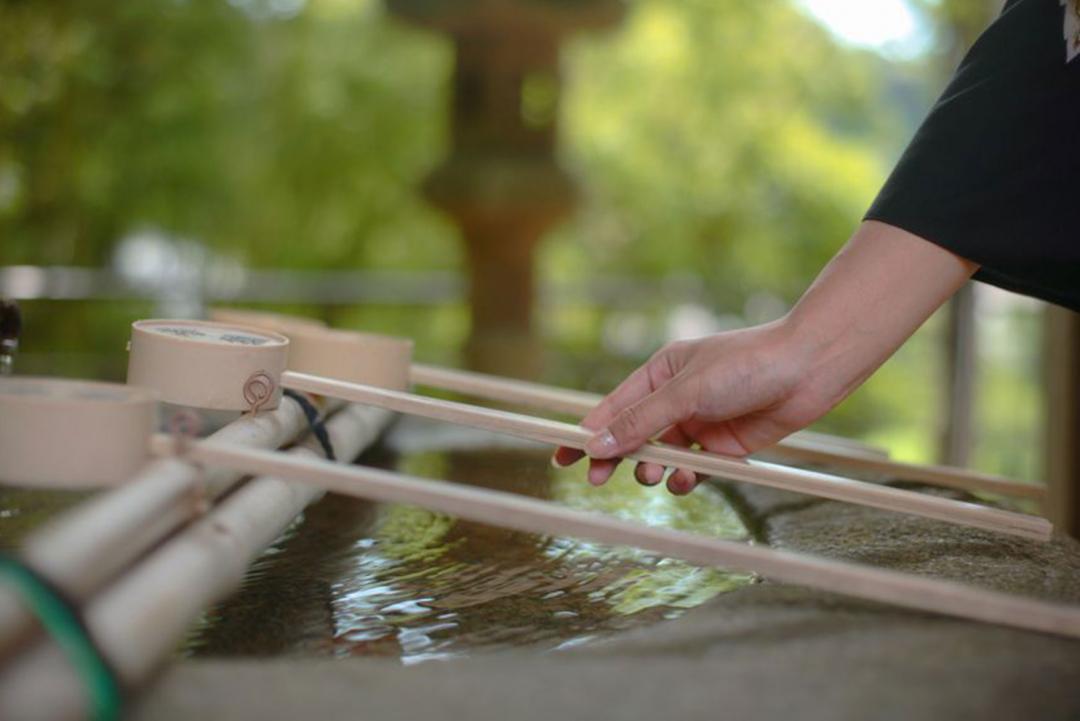 Go up the steps, and purify yourself before praying. Fill the dipper with water at the chozuya, the purification trough, then pour it over first your left hand, then your right, and finally rinse your mouth out to complete the purification ritual. Lastly, hold the dipper vertically so that the water in it runs down and rinses the handle, then replace it over the trough. 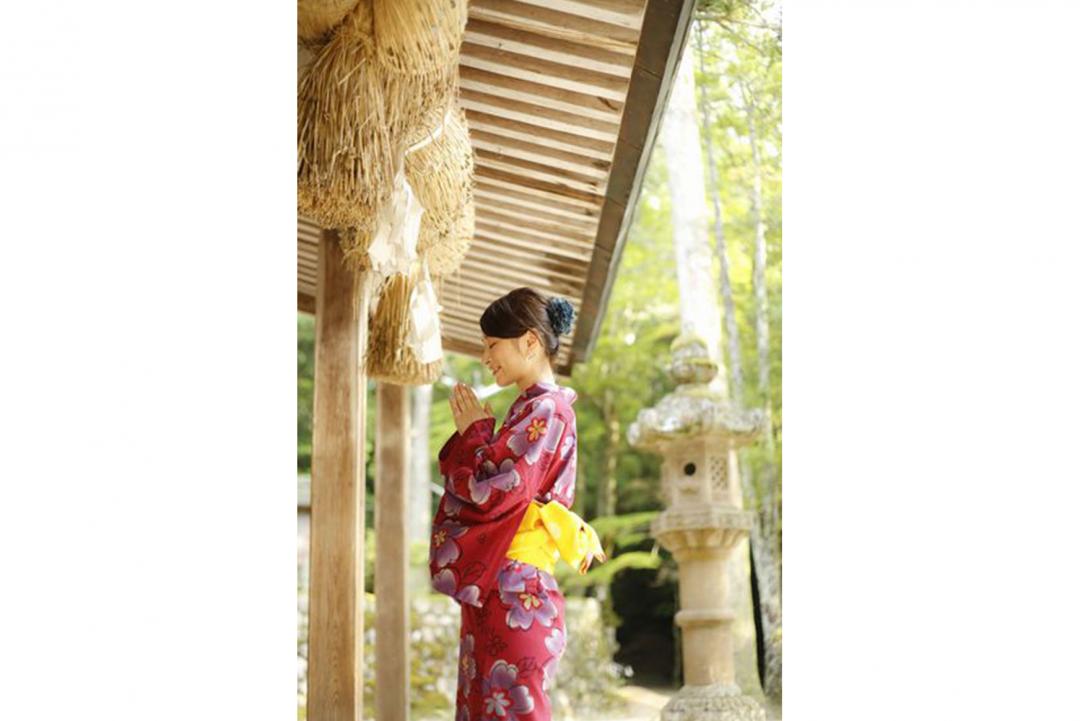 Once you have purified yourself, announce your presence to the gods. Toss some coins into the offertory box, then bow twice, clap twice, then bow once more. It is said that before each wish, you should thank the gods for the day-to-day benefits they bring—that way, your wish is more likely to be granted. Once you have finished your prayers, it’s finally time to create your wishing stone! 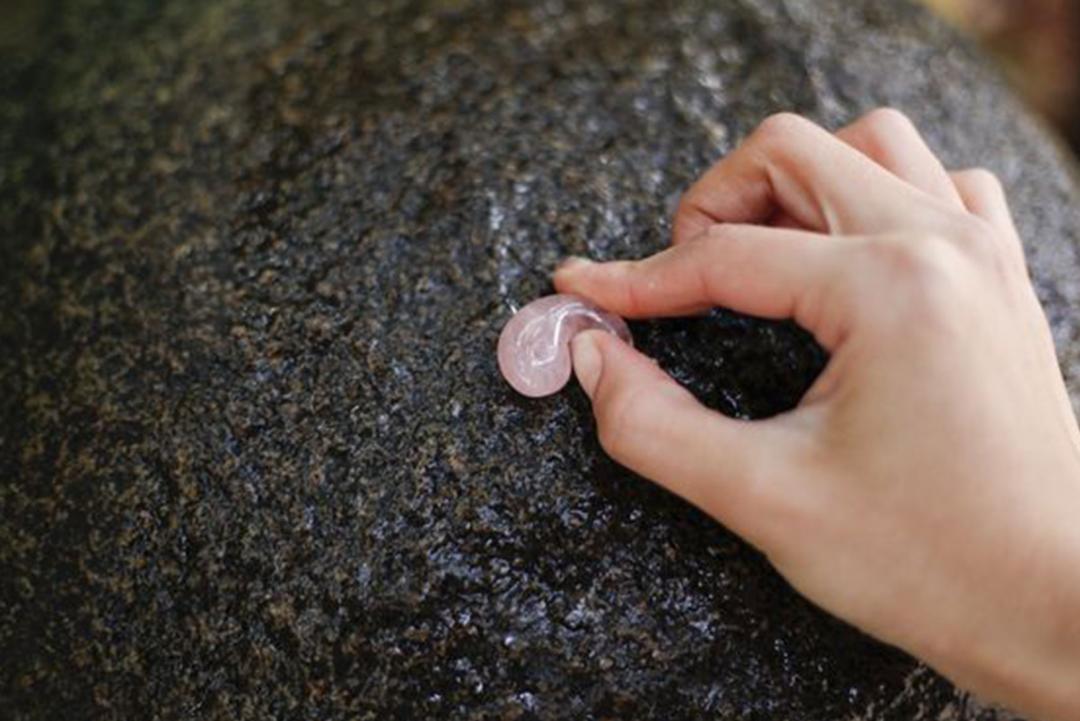 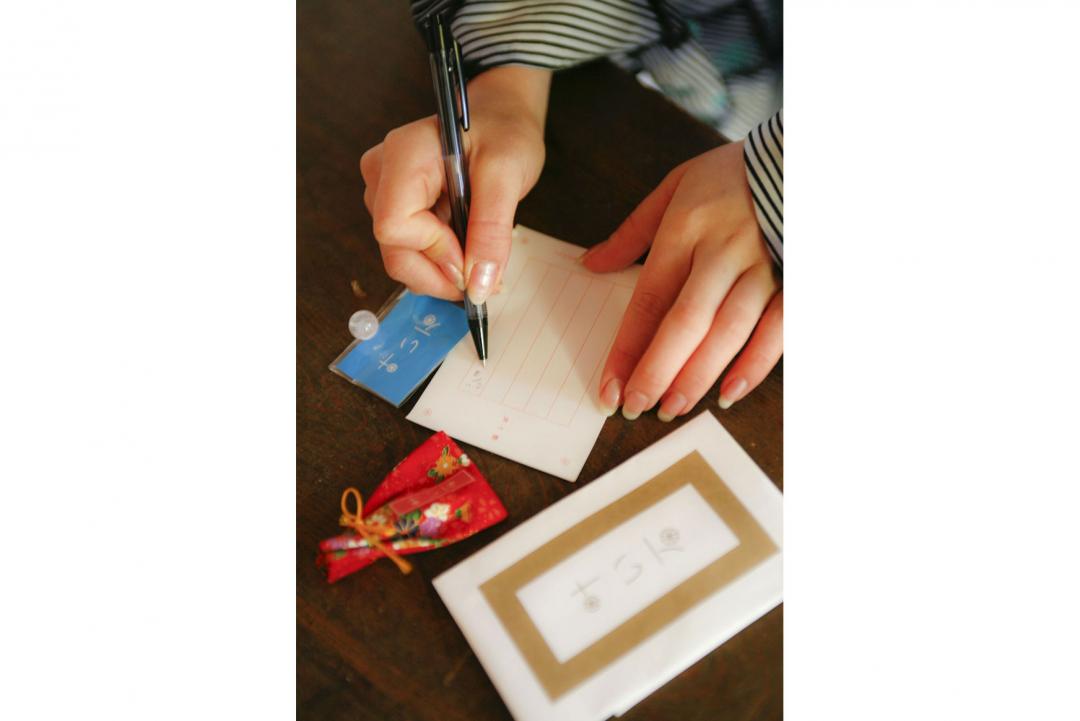 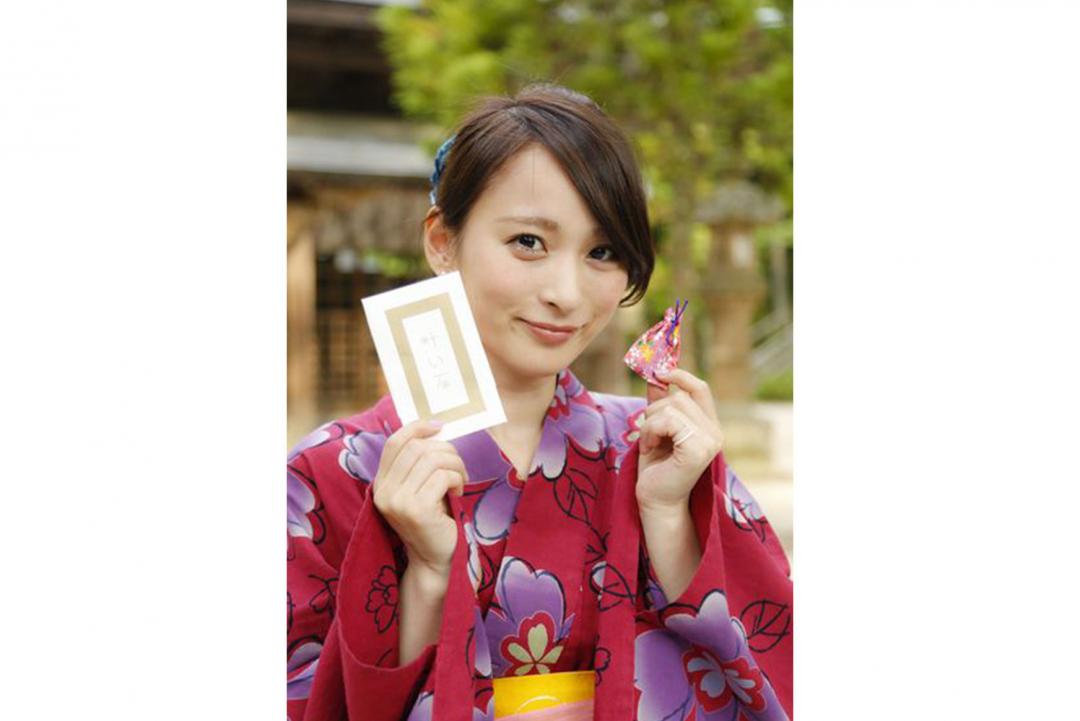 (5) Write your wish on the prayer sheets and complete your amulet!

Once you have finished praying, return to the shrine building and write down your wish on the prayer sheets. Don’t forget your name and address! Leave one at the shrine for the priest to include in his prayers later, and place the other copy in your amulet pouch. Tie it shut with the ribbon, and now you have your one-of-a-kind personal amulet. Keep it with you at all times next to your skin, and perhaps your wish will be granted. And if it is, don’t forget to come back to offer your thanks!